Why you should most definitely try Linux hosting 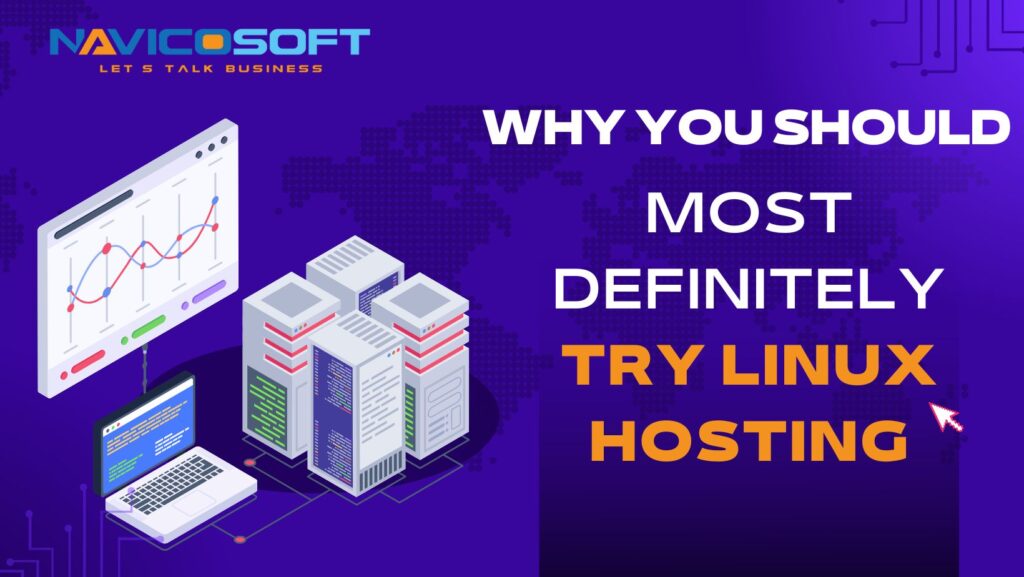 Linux VPS hosting plans are currently among the most popular services in the online world. Virtual private servers provide an isolated environment with dedicated resources for your needs.

Since Linux is a very used operating system, here is a detailed account of what it is and why you should most definitely try Linux hosting.

VPS solutions are as close to running your server as you can get. As a result, despite several clients sharing the same physical machine, their accounts are completely independent and safe from neighboring breaches.

The capacity to expand your server resources is one of the best features of Linux VPS hosting packages. This means that you can easily add more if you notice you’re approaching a limit – whether it’s on CPU, RAM, or disc space.

This allows you to gradually accommodate your company’s growth without constantly upgrading your package.

What is the Use of Linux VPS Hosting?

There are numerous scenarios in which a Linux VPS platform can significantly benefit your online projects or ventures. Online merchants frequently use this service.

Even if their store is small and lacks product variety, the performance boost, personalization control, and improved security are advantages that no savvy eCommerce entrepreneur should overlook.

When it comes to managing high-traffic websites, many virtual server platforms excel. Because such projects necessitate an increasing amount of RAM and CPU, the flexibility of virtual servers is invaluable.

But don’t get the impression that a Linux VPS is only valid for hosting websites. You can also set up your platform to support web apps and gaming projects.

What is Linux Hosting with cPanel?

As an operating system, Linux is only in charge of communication between apps and various resources on the web server. Web hosting requires more, which is where the control panel comes in.

cPanel has traditionally been one of the most popular online hosting control panel applications. This is partly due to its functionality and ability to run on Linux.

Users can use cPanel to set up and configure email, manage databases and files, perform backups, and more.

What Are the Significant Differences Between Web Hosting and Linux Hosting?

As we have previously stated, the Linux hosting system has numerous advantages, such as high performance, adaptability, low cost, security, and stability. Similarly, Windows web hosting has its own features and benefits better suited to specific files and websites.

The main distinction between the two is the type of files and functionalities employed. Because Linux-based web hosting is designed specifically for this type of data, websites that require PHP, MySQL, Perl, WordPress, SSH, and applications that require specific Apache modules run better and faster.

Another significant difference is the cost. We know that Linux web hosting is the more popular option among web hosting providers because it is less expensive. The Linux web hosting platform also has more features than Windows, making it the preferred choice of many web designers.

Windows and Linux are the two top most popular hosting platforms. However, users must create some data and files in a specific program and language explicitly designed for that platform for the rest of the platform’s computer software and apps to function.

Because of its numerous advantages, which are detailed below, the demand for Linux web hosting has skyrocketed.

Linux, one of the best hosting alternatives, is the least vulnerable to security issues and threats. Linux releases are designed with the highest level of security in mind. One of Linux’s primary goals is to be the best web hosting platform in the world, particularly in terms of security.

Their clients can be confident in their technical support and customer service, each available 24/7 to ensure their customers’ uninterrupted service all year.

Because most equipment and tools work well with Linux, Linux has various hardware set up so users can use it as a backup in these circumstances.

Unlike Windows, Linux can run for many years without interruption. In terms of durability and strength, Linux outperforms its competitors.

Another obvious benefit of using Linux for web hosting is its ease of administration. A Linux server operates and manages remotely from multiple locations using the internet or a phone connection.

In addition, it is a significant financial saving on administering Linux VPS hosting without having to set up any extra complex tools or software.

Because Linux is so modular, users can make changes quickly. It can be adjusted and set up with almost anything. As a result, users of Linux hosting have a great deal of freedom in modifying the platform’s source code to achieve the best results possible.

Linux programs and applications are completely free. Developers can use and modify Linux apps and software as they see fit. This is a significant advantage over Windows because Linux developers can obtain the complete Linux server software package for extra enhancements and development without paying any hefty fees.

Moreover, picking perfect Linux hosting packages ensures that you save even more. The ease with which Users can customize Linux may be the primary reason it has become a favorite among most online users, particularly those who are informed about computer systems and programs.

The ability to scale up and grow in the future are critical factors when hosting an application. A website is an interactive medium. Most websites start with a few HTML pages and gradually expand to meet the needs of their visitors.

We advise you to design a website with this criterion in mind. A website that works with a Linux/Unix-based web server easily meets the scalability criteria without needing site-wide design changes.

The Linux operating system is free (or at a very insignificant cost, usually the distribution cost). It also includes a full-featured server and desktop application suite with the OS. These server applications (such as FTP, Web Server, DNS Server, File Server, and so on) are not only free but also highly stable.

Along with Windows hosting, Linux hosting is currently one of the second most prominent servers using platforms. A staggering amount of today’s supercomputers run the Linux operating system or one of its variants.

Linux’s popularity for web hosting services is nearly unrivaled due to its open-source software and support for a wide range of programming scripts.

Many hosting companies can provide you with high-quality services. All that you have to do is try to find the one who will give you the best value for your money. So, please don’t delay it any longer and find the best hosting provider for your company.