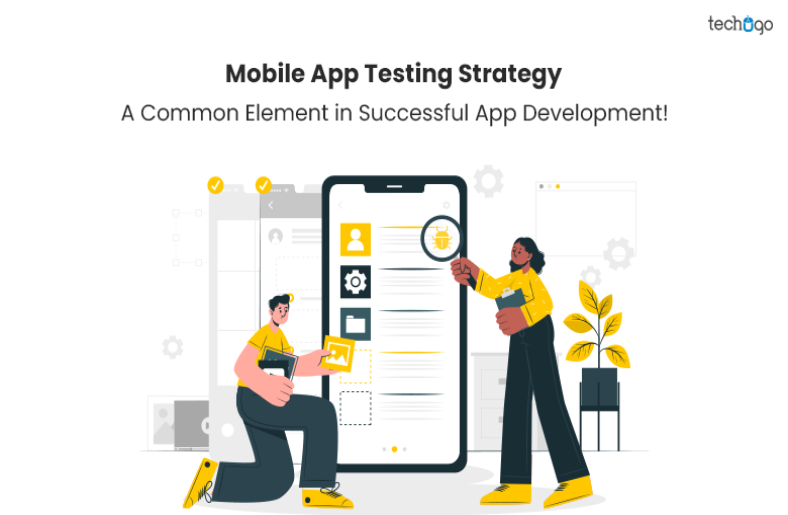 What if your guests arrive at your place unannounced, especially during the festive season?

Of course, you’ll need snacks to serve, isn’t it?

So, how would you manage it?

People nowadays have convenient options like ordering food online that gets delivered to their doorstep.

Similarly, going from one place to another in the absence of conveyance has become easier with the help of taxi booking mobile apps like Uber.

Did you notice the pattern here?

In the world we live in, mobile phones are just an inch away from us at all times. Not only this, but be it food and grocery ordering, online shopping, taxi booking, or whatnot, we have handy solutions in the form of on-demand mobile apps.

Saying it out loud, the secret sauce is the accurate mobile app testing strategy!

It is vital to meet consumer expectations while building an app since it’ll become a top-notch reason for its higher downloads.

Notably, testing should be the foremost thing to do before deploying the same; however, unfortunately, it may pose numerous challenges considering cost optimization.

So, what’s the solution?

Automate Testing As Much As Possible!

Well, there are several automation testing tools for mobile applications that can help businesses save costs and release a jaw-dropping mobile app.

Do you want to learn more about these automation tools?

While talking about the most popular open-source test automation frameworks, Appium is the name that comes to mind!

The testing tool complements both hybrid and native mobile apps and drives Android, iOS, and Windows. The icing on the cake is its support for all programming languages incorporated with Selenium client libraries.

– Assures extensive support through the network

Frank is another open-source tool that enables end users to write structured tests and execute them against iPhone applications.

Some of the best things it has to offer are:

– Cucumber framework is used to write the test sentences

– It is amalgamated with an app inspector known as Symbiote

Calabash is a testing framework instrument developed and monitored by the Xamarin team, and the mobile app testing tool supports both Android and iOS.

Some of the additional benefits offered by Calabash are:

A few top-grade benefits include:

– Enables the automation of pre-installed apps

It is a Windows GUI automation tool that offers to test for web, desktop, and mobile applications. The icing on the cake is that it can record and playback, and its interface enables recording UI actions for automated testing.

UI Automator is one of the most suitable frameworks for cross-app UI testing. It comes with a set of APIs for performing interactions on user and system applications. Moreover, it is applicable to put down black box-style test scripts in the absence of test codes.

– The library is entirely maintained by the Google community

Being one of the leading app testing automation tools, it supports Blackberry apps, Android, Windows phones, and iOS.

Additionally, it issues client libraries for Java, Perl, Python, and C# for the development of automated scripts.

Not to forget mentioning its benefits:

– It supports object and image-based recognition

Mobile app testing is an entire process that must not be compromised since it directly impacts the quality of your product.

Using the above-mentioned tools for automated testing will be a brilliant choice for a business that doesn’t want to burn a hole in the pocket.

So, what are you waiting for?

Schedule your first consultation today and get started!