How Did The Air Jordans Evolve Throughout Time? 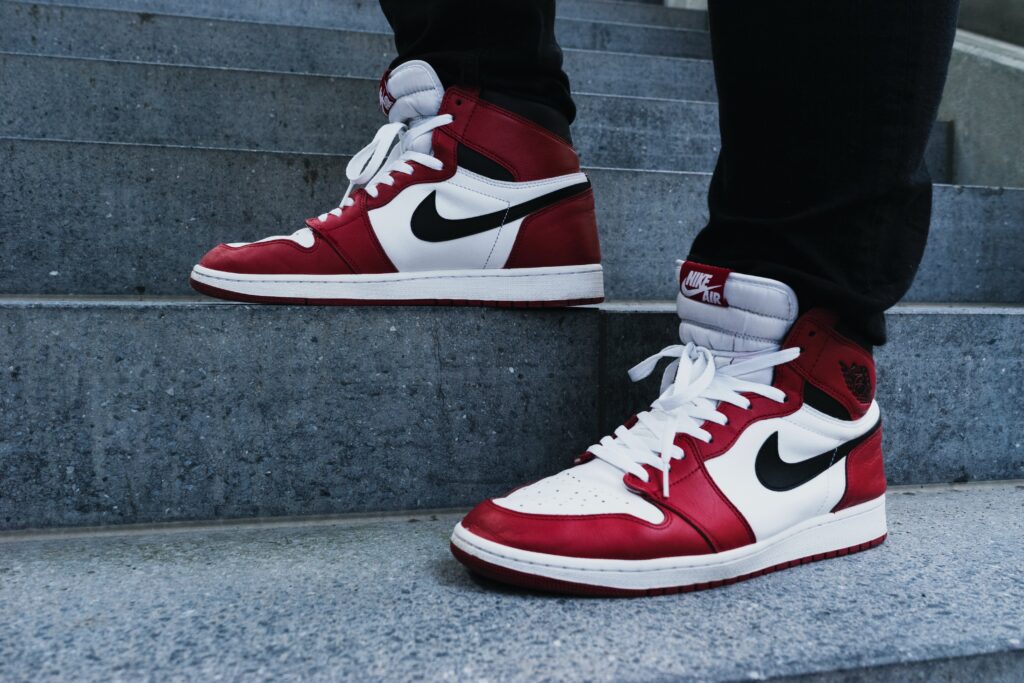 With Air Jordans, Michael Jordan and Nike have created an institution, from the notorious $5,000 fine in 1985 to the $1 billion in sales in the first half of 2019. The Swoosh was eliminated in the second year of the shoe, and ever since then, Jordan sneakers have been inspired by jazz, nature, sports cars, and planes. An annual sports shoe technology show is also held at the shoes.

Most iconic Air Jordans from 1985 to the present:

Michael Jordan’s $5,000 per game penalty for donning the red, black, and white sneakers was settled by Nike. Air Jordan I is the only Air Jordan model to include the swoosh.

The logo for Jumpman first appeared. Additionally, it had an elephant skin motif that was later used on Air Jordan shoes. The Nike Air pods were chopped away in the sole.

The No. 23 was deftly interwoven into the fabric of the shoe’s top. The general design was inspired by a sports automobile from Germany.

Jordan’s Olympic jersey number, 9, was emblazoned on versions of the sneaker that were created in Team USA colors for the Barcelona Olympics. The design was influenced by tribal art from West Africa.

Nike turned this shoe into a baseball cleat because MJ no longer used it because he had retired. French, Spanish, Italian, German, Russian, and Swahili words were used in the tread design.

A green holographic “eye” on the heel was modeled by a black panther. A paw print was seen at the bottom. Support came from a carbon fiber plate.

Inspired by Jordan’s 550M Ferrari with the yellow shield-shaped insignia on the side. The shoe’s street moniker is “Last Shots” in honor of Jordan’s heroics during the NBA Finals.

In line with Jordan’s professional transition from the court to the office, the shoe was equipped with spats. The style was influenced by marching boots, fast vehicles, and architecture.

They arrived in a metal container with a CD-ROM with various media. Jazz-inspired graphics and lyrics from a song about Jordan were used in the design. The cost to make an Air Jordan was the highest.

Design components were invaded by a black mamba snake. A braided material that is typically used for engine tubes and covering made up the top portion of the shoe.

As Jordan began competing in bike races in 2004, low-cut motorcycle shoes served as inspiration. More than 200 icons were included in the strap. On each heel of the sneaker, Jordan’s accomplishments were recorded. Over the shoe, a leash was cinched around the ankle.

Inspired by the F-22 fighter jet’s zigzag “radar” and camouflage heel cover. The support has titanium plating on it. Additionally, the shoe included adjustable cushioning for use on various terrain.

A waste-reduction Air Jordan made of green materials. One of the tongues bore Michael Jordan’s fingerprint, and the upper’s stitching was made with DNA in mind.

The glossy pleating and polishable leather were designed with running technology in mind. The mechanism for designating Roman numerals was also modified.

The side of the 25th anniversary Air Jordan had circular see-through glass. It was intended to represent Jordan’s capacity to look right through his opponents.

Numerous novel elements were used in the XX8, such as internal straps that wrap around the midsole and connect with the laces and a carbon fiber heel support. A Swiss cloth used for motorcycle jackets was utilized to construct the shoe’s exterior.

The upper of the 29th Air Jordan was woven using specialized equipment to have firm regions and softer, more flexible areas. The strategy resulted in fewer material layers and a more sock-like fit.

The 2016 Air Jordan paid homage to the 1985 shoe that was famously banned and had the word “BANNED” written on the bottom. The heel has been padded with new air pods.

In order to represent Jordan’s championships, the articulated region around the ankle has six ridges. Flexible laces that blended with the knit upper’s fabric were

The two support plates of the shoe interacted through a window through the sole to increase flexibility and explosiveness. The shoe’s design took a traditional route.