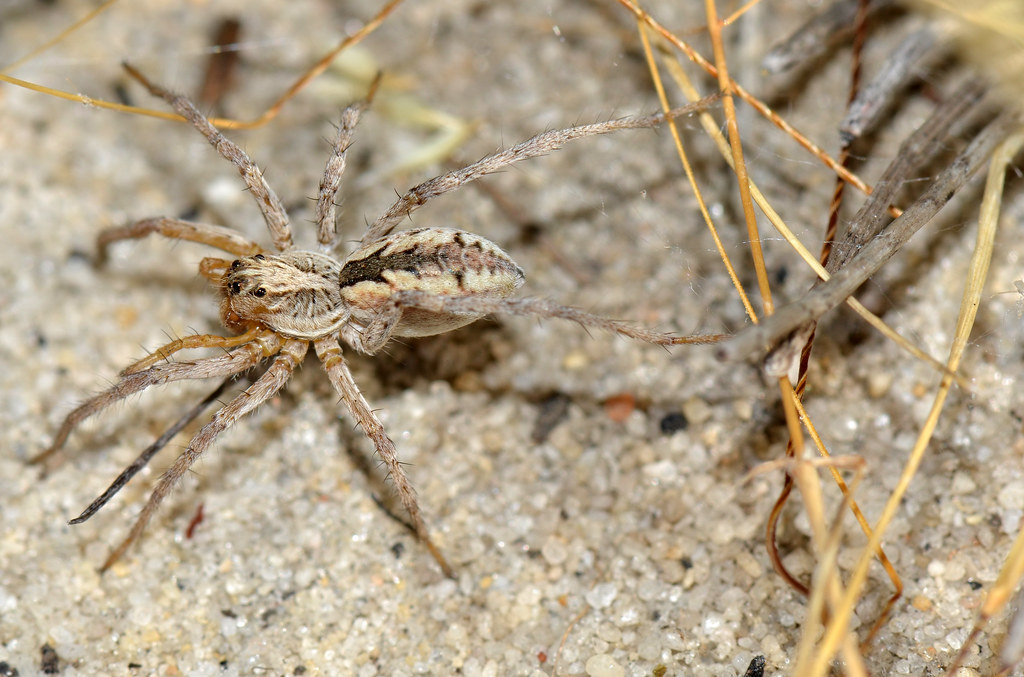 What are the wolf spiders?

There are around 2,000 species of wolf spiders distributed worldwide. The ones inside your house are likely to be minor, about 5mm in length for females and 3mm for males. They have eight eyes in total, which are arranged in three rows. The bottom row consists of four eyes, and they are followed by the middle row, which has two eyes. The last row consists of four eyes which are the largest amongst all. Male wolf spiders are longer-legged than females, and it is easy to identify them from a wolf spider female once they are in the adult stage.

You might not find wolf spiders harmful, but they can be dangerous for some people. Wolf spiders are not poisonous species that can cause any harm. Still, wolf spiders might bite you if they feel threatened, and this is likely to happen when you accidentally disturb them or place your hands on them, and wolf spider bites include pain and swelling, which last for hours or days. An interesting fact about wolf spiders is that females carry their egg sacs attached to their spinnerets though it is common among most other spider species.

What do wolf spiders eat?

Wolf Spiders prey on several insects such as ants, beetles, butterflies, cockroaches, crickets, flies, grasshoppers, and many others. They tend to kill the big game by pressing them with solid legs, so there is a greater chance of wolf spiders becoming a threat when they are in your house.

How do wolf spiders behave?

When a wolf spider is in your house, it will not crawl on the ceiling or around light areas similar to other spiders. It often hides under logs and stones during the daytime and prefers hunting at night when you are asleep. You can find wolf spiders mostly in basements, bathrooms, garages, and storage rooms with shelving for their shelter. They also prefer moist areas with few webbings, especially behind furniture. Wolf spiders prey on insects, but when needed, they might eat other smaller wolf spiders, which creates problems sometimes as you cannot expect the wolf spider population to keep control inside your house by eating each other.

Wolf Spider bites and how to avoid wolf spider bites. If you remove wolf spiders from your surroundings and there is a chance you will get bitten by wolf spiders, it is better to be safe than sorry since wolf spider bites can become serious for some people. Wolf spider has a nasty taste that can cause redness and burning sensation – though these symptoms last within 24 hours. In rare cases, wolf spider bites may develop into a blister as well as the affected area might spread up to 10 centimeters, affecting breathing and blood circulation in humans. Even those who have a medical history of being bitten by other kinds of spiders or insects should immediately consult.

How to get rid of wolf spiders?

As wolf spiders live mainly outdoor and hunt, you might notice their presence mostly around your house. They are fast runners and have excellent vision.

You may also find wolf spiders inside your home, as they tend to hide under furniture, in the basement, or garage. Sometimes wolf spiders build a web near rocks or other objects to shelter them from rain or sun heat.

The best way to get rid of a wolf spider is by keeping them away from your place entirely. However, if you don’t want to leave your house for weeks and months to create a wolf spider-free zone around it, you can use some wolf spider traps and wolf spider repellents.

There are several things found around your house that you can use as wolf spider repellents against wolf spiders:

Wolf spiders are a large family of spiders, the Lycosidae. They have excellent eyesight and possess a particularly well-developed ability to detect natural movement from considerable distances away. Their specialized sight and their speed and propensity for attacking prey readily without any hesitation make them capable hunters. They are often seen lashing out at prey that they sense just beyond their reach. Wolf spiders constantly roam outside at night, catching prey coming from them, hence the “wolf” spider.

2. How giant are wolf spiders?

The size of a wolf spider depends on the species in question and ranges between .25-.75 inches.

Some wolf spiders are not poisonous to humans as their venom is relatively harmless to us. Some wolf spider bites may cause a slight red mark, itchiness, or swelling, but they will generally disappear within a few hours all by themselves. The vast majority of wolf spider bites do not even require any medical attention.

However, some wolf spiders’ venom is dangerous to small children and older adults. It may cause systemic effects, including vomiting, high fever, seizures, disorientation, and even coma.

How Far in Advance Should I Book My Seattle Wedding Photographer?

The Ultimate Guide to Ranking a website on Google!

Be a Graphic Designer and Expand Your Career