A BEGINNER’S GUIDE TO E-BIKES 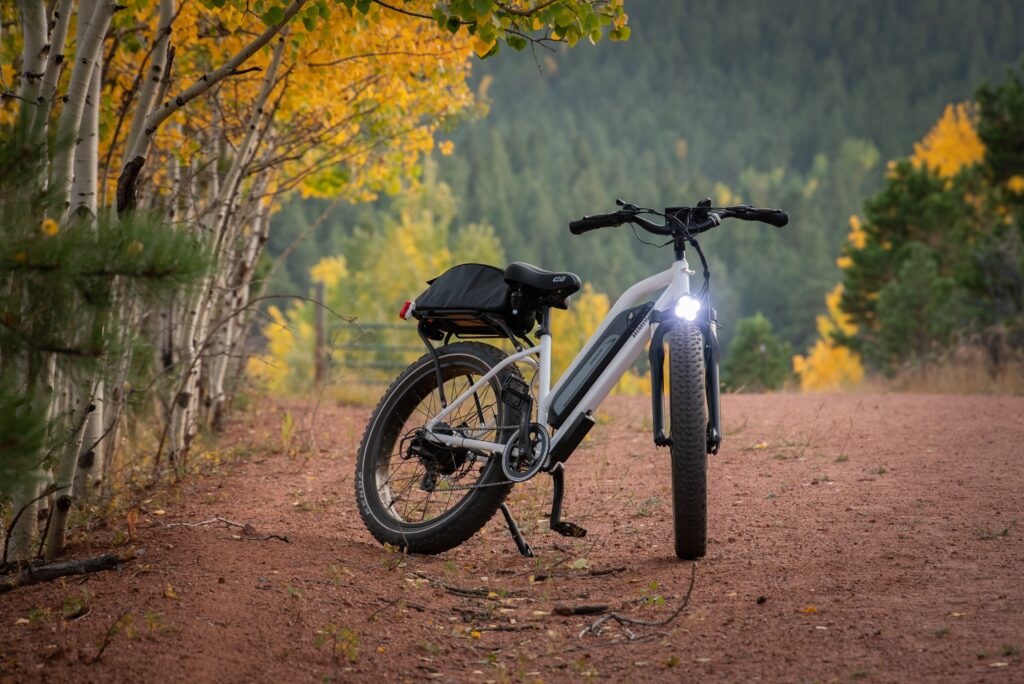 Most of us have memories of what it was like to learn how to ride a bike for the first time. Figuring out how to balance on two wheels, falling down, scraping a knee or arm— these are all things we might’ve had to endure as part of the process.

If you successfully did learn how to ride a bike, then maybe it’s time to graduate onward to riding an electric bike.

WHY YOU SHOULD CONSIDER PURCHASING AN E-BIKE

Sales of this electric take on the traditional bike have been soaring in recent years. Here are some reasons why you should consider upgrading from a regular bike to an e-bike.

Did you know that about half of current e-bikers never considered themselves cyclists before their purchase? People buy e-bikes for different reasons and here are a few of them:

It’s also worth noting that e-bikes are still a good way to work out! Sure, they may be easier to ride than the traditional bike, but riding an e-bike typically means that you’ll be riding farther distances, pedaling faster, going up steeper hills, and riding more often. Plus, the motor only works when you’re actually moving the pedals themselves— it’s not like the bike is on autopilot.

If you are interested in Buying An Electric Bike Then check on Emotis.co.uk

HOW TO RIDE AN E-BIKE

Most e-bike newbies learn how to ride the vehicle quickly enough, so there’s no need to worry about reliving your childhood anxieties of scraping all of your limbs. Usually, it takes only one test ride for your body to develop the muscle memory to adapt to the feeling of the pedal-assist machine.

Here are some tips for when you ride an e-bike for the first few times:

THE COST FOR CHARGING AN E-BIKE

One recurring cost associated with electric bikes is the cost of charging the battery. It’s a common question. And it’s one that is easily calculated, if we do a bit of math.

Find the battery voltage and amp hour rating of the eBike. Use those numbers to get watt hours. For example, a 36V 10Ah battery has 360 watt hours, or 0.36-kilowatt hours (kWh).

HOW DO YOU CHARGE AN ELECTRIC BIKE?

Charging an electric bike is super simple – just like a mobile phone or laptop, you’ll just need to plug it into any wall outlet. Batteries can take from 2 to 8 hours to charge; the time it takes is dependent on the make and model of the battery. Raleigh bikes use either TranzX, Suntour, Ebikemotion or Bosch motor systems. Each of these will have different battery types and sizes. You can find out more about these individually on our electric bike batteries page. Most of our electric bike batteries will last up to 1,000 charge cycles.

Artificial Intelligence In Healthcare Industry: How It Is Powering It

Exploring the Features and Functionality of the iPhone 12: A Comprehensive Guide