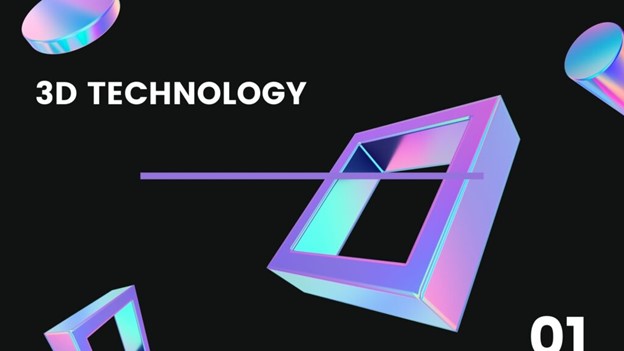 The transition from 2D to 3D has taken the tech world by storm, penetrating all markets and businesses and replacing traditional working methods. The apparel and footwear sector is not exempt from this phenomenon, either. New technologies such as 3D Technology and AR are helping the fashion sector reinvent itself to provide customers with individualized experiences per their wants and expectations.

According to research conducted by the College of Podiatry in the United Kingdom, the majority of individuals are going about in shoes that are too small for their feet. It may not appear to be a big deal; however, the more considerable difficulties it might create, such as bunions, foot deformities, and pain even while you’re barefoot, are. However, having new shoes that you need to “break-in” since they harm your feet may soon be a problem of the past, thanks to 3D Technology.

Now it’s possible to manufacture 3D printed shoes with unique patterns and insoles, as well as undertake quick prototyping and experiment with new production procedures. Everything is once again possible owing to 3D technology.

What is 3D Printing

The fabrication of a 3D printed object is achieved by applying additive processes. In an additive manufacturing process, a thing is built by putting down consecutive layers of materials until the product is created. Each layer may be seen as a finely cut cross-section of the object.

When individuals hear that you can make anything, many have a hard time imagining it. 3D printers manufacture things by depositing material, often plastic or metal, layer-by-layer until the model, or final object is done. Lasers form a material layer and fuse it when the layout is uploaded.

3D printers may vary from a microwave’s dimensions to an automobile’s size. Not only that, a printer to print a home by laying concrete, layer upon layer that would use a printer the size of a tractor-trailer, is in development. Costs for 3D printers vary from hobbyist kits for approximately $1,000 to over $100,000 for commercial versions.

The principle is simple. It entails employing 3D technology to manufacture custom-made shoes, which are customized to the morphology of each customer’s foot and their sense of comfort, lifestyle, and walking patterns.

The idea is to build shoes that will last throughout time without any limits.

In five phases, a premium label builds a type of perfect pair of shoes created and developed for its future consumer without sacrificing the expert French craft that also establishes the brand’s name.

At the initial consultation, the customer walks up to a 3D scanner to obtain exact measurements of each foot, which are then transmitted to the production facility in Brittany to fabricate a first custom-made last built by 3D printing.

The Future of 3D Printed Shoes

3D technology may now be used to build a portion of a running shoe. The midsoles of shoes are suitable for 3D printing. Significant shoe producers are utilizing additive manufacturing. For example, New Balance, Adidas, Nike, and Under Armour have already created printed footwear. Adidas enables its customers to customize their sneakers by selecting the style and color. However, we will certainly be able to go even further.

Adidas has previously manufactured a special version of FutureCraft 3D utilizing 3D printing. FutureCraft 4D is a shoe with a midsole produced in association with Carbon 3D with a revolutionary technique called Digital Light Synthesis (previously known as CLIP). This method may manufacture durable and resistant polymeric products due to digital light projections, oxygen-permeable optics, and fluid resin.

Even with this pace, we are a long way off from creating a shoe entirely 3D printed. Nonetheless, several product advancements are taking this route: Olivier Van Herpt creates innovative shoe constructions with 3D scans and 3D printing, making them distinctive, lightweight, and highly durable. In addition, these 3D-printed sneakers feature a distinct design yet are custom-made, ensuring a perfect fit.

However, Olivier Van Herpt is not the only one working on entirely 3D-printed shoes. Other designers like Nicholas Unis launch their footwear businesses with 3D printed goods.

Designers continue to use 3D printing since it allows them to create fantastic designs with great freedom. The footwear business has a stronger connection to 3D printing than we expect. It could push design boundaries, change manufacturing processes to be more environmentally friendly, or have shoes or insoles built to enhance comfort levels.

3D printable footwear may be effortlessly integrated into our daily life, and we wouldn’t even know it. As brands develop it as an add-on feature and businesses based on 3D printable footwear evolve, initiatives are genuinely opening up for all types of people. They might expand more broadly, forever changing the footwear industry with 3D technology.